And they lived happily ever after. Or did they?

(*disclaimer – I am new to all this. I haven’t yet had these experiences, I’m just trying to make sense of what I have learnt so far. If I have made any mistakes, incorrect assumptions or anything else, I’m sure the experienced adoption community will gently correct me, which I welcome gratefully).

I haven’t written a post for a long time, simply for the reason that it is generally therapy for me and I haven’t felt the need. But, now that we have finally began Stage 2 of the adoption process, my thought and feelings have been brewing and stirring and it’s time to try and formulate them into words.

Our current topic at school is Fairy Tales. It got me thinking about the characters in the stories – almost all had experienced trauma growing up. Cinderella – neglected, treated cruelly, used as a slave. Snow White - again, treated cruelly by her step mother, and abandoned; her father choosing his wife over his daughter, also repeated in Hansel and Gretel, mirroring the frequent scenario of mothers in abusive relationships choosing their partners over their children. Rapunzel repressed and abused by her mother, the princess in Rumpelstiltskin being forced into arranged marriage…I could go on but you get my gist. Most of these stories end with, as we all know, as I teach my class of 4 year olds:

‘they all lived happily ever after’
When we first started talking about adopting we thought we would get our happy ending and, despite knowing that our children may potentially have experienced some sort of neglect or abuse, we would love them, fix them and we would all live happily ever after.

But through endless research, reading blogs, and the adoption preparation days it is now very clear that it is simply not that simple. Cinderella, Snow White, Rapunzel would have been left deeply traumatised by their neglectful beginnings. They would struggle with issues of attachment, trust, and anger. Cinderella, more likely than marrying her Prince Charming, would have taken up with an equally abusive partner, due to her incredibly low self-esteem and belief that she is worth nothing. They would struggle with impulsivity and self-control as no one would have taught them those skills, amongst many other possible issues.

The phrases ‘children are resilient’ and ‘all children do that’ crop up time and time again when I talk about adoption, demonstrating a lack of understanding about the issues surrounding it (totally understandable – I didn’t have a clue either – but a clear indication that more needs to be done to educate others in how to support adoptive families.) Yes, children can be resilient.  Some of these children have often endured more than you or I could ever possibly imagine. But that does not mean they are not deeply hurting and deeply scared, in ways we will never understand, and which manifests themselves in ways in which we can never make sense of. And 'no, not all children do that'. Their early traumas means they process the world in a very different way, and this is physiological, not a choice. 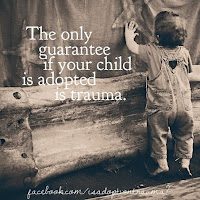 I am very grateful that the twitter community, who share their daily tweets, insightful blogs, trials, tribulations and #glowmos (the moments that would seem insignificant to most families but these small steps of progress and moments of happiness which mean the world to their parents) – which are helping to me prepare somewhat.

But, I am ashamed to say, I have been asking myself over and over one question:

Can I do this?

I read the stories shared on twitter and put myself in their parent’s places, living out the situations as best as I can imagine it. What would I do? What would I say in that position? Can I be therapeutic enough? How will I cope?

Then, I remind myself that it isn’t about me. These children did not choose their lives, they were born into it and are trying to make sense of the world the best that they can. If I can give a child a safe, loving environment to do that in then I will just do my best to cope with the rest, whatever that is.

The thought occured to me the other day that my children could be out there somewhere, possibly scared, alone, hungry. And I felt heartbroken. But more importantly, I felt fiercely protective of the little children I haven’t even met. 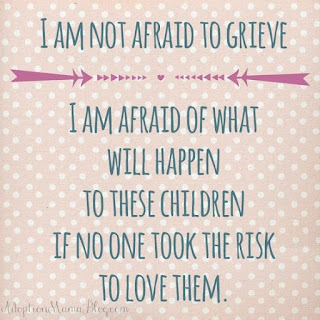 So the answer to my question is

I don’t know if I can cope, but I’m going to do my damndest. 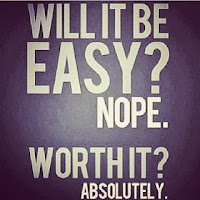 Many thanks for voting me #7 in the top adoption blogs of 2016. What an honour!